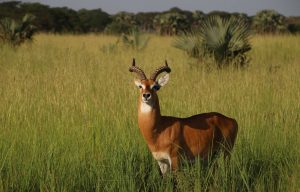 The cultural diversity in Uganda contributes to different types of foods, clothing, and customs throughout the country. For example, many people in Uganda follow traditional religions such as Christianity or Islam, while others have adopted a modern lifestyle.

Uganda is also known for the unique Ugandan music genre of bongo flava. In recent years, Uganda has been called “The Pearl of Africa” because it is believed to be a country full of natural beauty.

Ugandan culture is rich and has a lot to offer. Visitors will experience the country in a new way by immersing themselves in the culture and getting their hands dirty.

More than half of the population in Uganda is below the age of 25. According to Census figures from 2003, out of a total population of 20 million, there are an estimated 10 million Ugandan children aged 0-14 years old and 5.4 million aged 15-24 years old.

This means that over 60% of Ugandan citizens have less than 18 years of experience with independence and democracy – which can be seen as a positive thing because they’re not burdened with any bad memories or negative associations with colonialism or dictatorship.

Many people go to Uganda to visit a neighboring country and explore the rich culture. Visitors come to learn more about other cultures, religions, and traditions.